Why D-Mannose Is Best For UTI Prevention

Are You At Odds With Your Urinary Tract?

Have You Tried D-Mannose?

D-mannose is a natural sugar found in berries, other fruits, and even your own body. It binds to the UTI-causing bacteria, preventing it from attaching to your urinary tract.

FUN FACT: Although d-mannose has been scientifically proven to significantly decrease your risk of getting a UTI, it has other medically significant uses as well. D-mannose is used as a life-saving treatment for people suffering from rare Congenital Disorders of Glycosylation. Without d-mannose, people with this rare condition may die of liver failure.

This video explains how d-mannose works for UTIs.

Show Me The Science

There have been many tests and trials on the uses of d-mannose, starting as far back as the 1970s. Let’s break down three of the most recent clinical trials.

This study, published in the World Journal of Urology in February 2014, tested whether daily d-mannose powder is effective for recurrent urinary tract infection prevention compared to daily use of the antibiotic Nitrofurantoin (brand name: Macrobid). 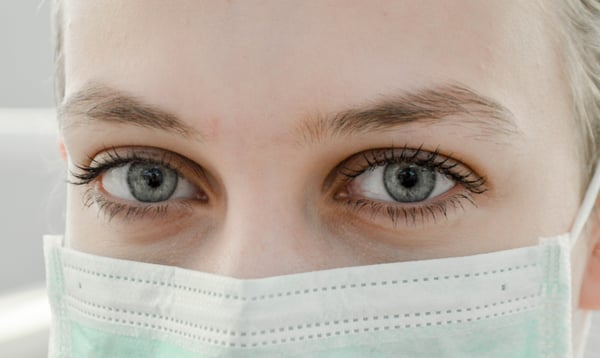 After receiving antibiotic treatment for active UTIs, 308 women with a history of recurrent UTI were assigned to three different groups. The first group received a treatment of 2g of d-mannose powder in 200ml of water daily for six months. The second group received 50mg of the common antibiotic Nitrofurantoin daily, and the third group did not receive treatment at all.

Overall, 98 of the 308 patients experienced recurring UTI. Of those 98, 62 were in the control group (no treatment), 21 were in the antibiotic group, and 15 were in the d-mannose group.

This study demonstrates that d-mannose is as effective—if not slightly more effective—than the antibiotic Nitrofurantoin at UTI prevention.


SEE ALSO: A Safer Alternative. Why Prevention Is Better Than Antibiotics For UTIs

An Aside About D-Mannose, A Natual Sugar:

“D-mannose is rapidly absorbed and in about 30 minutes reaches the peripheral organs, then is excreted by the urinary tract. It can’t be transformed into glycogen, therefore, is not stored in the body. A long term use of D-mannose, in concentrations up to 20%, has not shown any side effect on human metabolism.”

So, no, d-mannose is not going to affect your waistline, despite being a type of sugar.

Part I Of A Two-Part Study

This study was conducted in 2014 by the Department of Gynecological Obstetrics and Urologic Sciences at the University of Sapienza of Rome in Italy. They followed 43 female patients with a history of uncomplicated recurring urinary tract infections. 88.4% of these patients had urine cultures that tested positive for infectious bacteria.

The women were administered d-mannose twice daily for 3 days and then once a day for 10 days. They were then surveyed on their changes in symptoms and quality of life following treatment. The researchers followed up with a urine culture to determine bacteria presence (or lack thereof) in the patients’ urine.

According to researchers: "After 15 days, the majority of patients experienced significantly reduced symptoms of UTI and 90.7% tested negative for bacteria in their urine."


SEE ALSO: Sepsis, Death, and Antibiotic-Resistant Superbugs. The Consequences of Underestimating The Seriousness of UTIs

Part II Of A Two-Part Study

One month after initial diagnosis, the 43 women involved in the clinical trial were divided into two groups. The first group received treatment with d-mannose one week out of every month, while the second group received no treatment.

According to researchers: "While 33.3% of the non-treated group experienced a recurring UTI within 6 months, in the group treated with d-mannose, only 4.5% had a recurrence within 6 months."

This clinical trial included 60 female patients between the ages of 22 and 54 years who were experiencing acute symptomatic urinary tract infection with a positive urine culture and had 3 or more instances of UTI within the last 12 months.

Half of the patients were given a treatment of d-mannose (1g three times/day for two weeks and subsequently 1g twice/day for 22 weeks) the other half were given antibiotics (5 days of trimethoprim/sulfamethoxazole at 160 mg/800 mg twice a day, followed by a single dose at bedtime for 1 week each month in the following 23 weeks).

To break that math down, that's the difference of getting 6 UTIs per year when using Macrobid for prevention, versus 1 UTI per year when https://www.dmanna.comdm!

Still Not Convinced? Here Are Some Testimonials.

D-mannose has over 200 user reviews on WebMD. These are unpaid, unsolicited truthful reviews. They are overwhelmingly positive, averaging over 4.5/5 stars for effectiveness, ease of use, and satisfaction.

“The last UTI prior to starting D-Mannose required an overnight hospitalization. Since I found this - not one UTI. I took it originally for a week and then I take a maintenance dose twice a week. This has been a life changer for me.”

“For over 40 years I've taken antibiotics for reoccuring UTI's to the point of being told by a specialist to have a restricted diet and spend a fortune on a medicine that didn't work. I read about D-Mannose online and thought that it had harmless ingredients and was worth trying. I've not had a UTI since using it- over 5 months”

“I had been getting antibiotic-resistant UTIs and kidney infections for the past five years, and it was getting worse and worse. As soon as I started taking d-mannose…the cystitis disappeared, and it has not returned.”


Ready To Give It A Try?

Dmanna makes taking d-mannose easy. Dmanna is available in a convenient, single-serving packet that dissolves instantly in any drink! It is the safest, most affordable and effective treatment for UTIs, with no long term side effects.

Click here to find out how you can try Dmanna for UTI prevention!