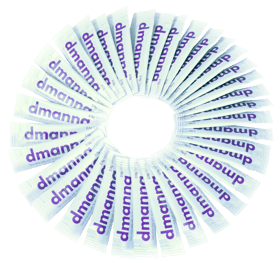 Can D-mannose help an active UTI?

Here's a summary from Healthline.com on the research of d-mannose for active UTIs:

In a 2014 study, D-mannose was compared to the antibiotic trimethoprim/sulfamethoxazole for treatment and prevention of frequent UTIs in 60 women.

D-mannose reduced UTI symptoms in women with an active infection. It was also more effective than the antibiotic for preventing additional infections.

A 2016 study tested the effects of D-mannose in 43 women with an active UTI. At the end of the study, most women had improved symptoms.

Can I prevent UTIs from happening?

Yes! There are things you can do to reduce your risk of getting a UTI, however, D-mannose is the only scientifically proven ingredient that prevent UTIs from occurring. In addition to taking 2,000 - 10,000mg (1-5 scoops) of d-mannose powder per day for prevention, a study showed that drinking 2.2 liters of water or more per day decreased the risk of future UTIs and future antibiotic usage.

For more information, download The Ultimate UTI Prevention Guide or check out the article, The Best Way To Deal With Chronic Urinary Tract Infections.

Things that don't work: Cranberry juice, cranberry pills, ibuprofen, baking soda, etc. These things may be healthful in their own right, but they have been shown to be ineffective for UTIs. If it's not d-mannose powder or water, it probably can't help prevent a UTI.

Here's a 50 second video explaining d-mannose: Click Here To Watch, What Is D-mannose?

D-mannose is a naturally occurring sugar that your own body makes, and it is also found in pineapple, blueberries, and other fruits. Although it looks like a sugar to the bacteria in your urinary tract, it can’t be broken down the same way by the bacteria. When the bacteria to the d-mannose, it can’t bind to other sugars and will detach from the walls of the urinary tract, allowing the bacteria to be flushed out. It is most commonly known to prevent UTIs but may be helpful in other ways, including gut health and overall urinary tract health.

What are the ingredients?

There is only one ingredient in : D-mannose. D-mannose has been proven to be the only ingredient to prevent UTIs, so why add the extra fluff?

Is Dmanna safe for diabetics?

Yes. Even though d-mannose is a sugar, it is not metabolized by the body and most of it is excreted in the urine. Diabetics are at increased risk for UTI compared to non-diabetics and can benefit greatly by taking Dmanna daily.

Can pregnant and nursing moms take Dmanna? Can children and infants take it too?

How often should I take Dmanna?

Taking 2,000 - 10,000mg (1-5 scoops) of d-mannose powder everyday day for prevention has been shown to significantly reduce risk of UTIs.

What can I take with?

You can take with any drink or smoothie. Sugary drinks and foods can exacerbate a UTI, so avoid those if you can.

How much water should I drink a day while taking ?

Hydration is a crucial piece of the UTI prevention puzzle. We recommend drinking 2-3 liters of water daily.

Are there any harmful long-term effects of taking D-mannose?

No, there are no harmful long-term side effects of taking d-mannose.

Why can’t I take it as a pill?

We’ve tried it. Swallowing 4 giant pills a day is a problem for many people. That’s what you’d have to do to ingest 2,000mg of d-mannose a day. Besides that, pills can give us the impression that we’ve done all we need to do––we took the pill, right?

Why else are pills less than ideal? Taking a pill (read: 4 giant pills) every day requires you to keep a giant pill bottle on you all the time. Not a good look.

Another reason for powder in stead of pills? Pills, along with being less effective, are also more expensive to produce, increasing costs for our customers. That 3 strikes against pills. We’ll pass.

Does it seem like we’ve thought of everything? It’s because we have. Dmanna products are meticulously researched and developed to be the most convenient, effective, and affordable products for UTI prevention. These products were created with love and care by UTI sufferers, scientists, and brilliant advisors. Feel free to share your thoughts with us below if you think of anything we missed.

Does ship outside of the US?

Yes, we are able to ship to some countries outside the US.

How much does cost?

Dmanna's products cost from $18 to $34 and are the most affordable d-mannose products available.

How much does shipping cost?

Shipping is and always will be free for the continental US!

Can’t you buy a bag of d-mannose from other stores? What’s different about Dmanna?

Buckle up, lots of important information incoming: Yes. You can buy a bag of powder d-mannose at lots of places, including online and most likely your local health food store. And, if you think that’s the best option for you, we’ve got an Amazon link right here. As long as you’re preventing UTIs, we’re all about it!

But Dmanna isn’t just d-mannose. Dmanna is a educational resource, a community, and a research organization. You can buy d-mannose from Whole Foods for an incredible markup, but how much do you take? How many teaspoons equals a gram of d-mannose? And what happens when you run out? What if you misplace the bottle? What if you leave it at home on a business trip and can’t take it everyday? How on EARTH am I supposed to get this powder into this tiny hole of my bottled water? (Spoiler alert: You make a funnel out of your business card and pray it doesn’t spill all over you.)

Okay, now it’s our turn for questions: What’s the biggest factor in successful treatment of any illness?

The answer is patient adherence. Here’s 4 studies (1, 2, 3, 4, and there are many more) from a bunch of smart scientists on the topic. The more barriers we put in between a patient and their treatment, the less likely they are to stick to it. This non-adherence results in billions of dollars lost per year in avoidable healthcare costs and an immeasurable amount of needless suffering.

D-mannose is most effective when taken as a powder with liquids. In order to take d-mannose everyday, a woman would have to carry a large jar or bag of white powder with her everywhere she went. Don’t get us started on “well why can’t she take it at home…” BARRIER ALERT. Why can’t you remember to put on deodorant in the morning? We all forget things.

We needed to make it easier for people to access and follow through with UTI prevention and management using d-mannose. Dmanna made it super easy by filling portable packets with the exact dose you need to take everyday and sending it to you every month. Because UTIs are terrible, and we never want you to run out. Keep some in your glove box, your desk, your purse, and feel free to give your extras to a friend in need.

Send an email to support@dmanna.com.